Leadership styles vary depending on the individual and the situation. However, there are some common styles that can be used to guide and motivate people. In this series we will explore three of the most common leadership styles: authoritarian, democratic, and laissez faire. This post will however zero in on Laissez-Faire Leadership. Leadership Styles: Laissez-Faire.

At its core, the laissez-faire leadership style is about giving your people space to work so they can be at their best. For the autocratic leadership style, check out my first article in the series.

And we’re starting with some of the earliest research on this from the late 1930s by Lewin, Lippitt and White. They did a series of studies on how adult leaders with one of these three styles interacted with groups of children to see how it worked out. A brief history of the term laissez-faire goes like this. It means let do or let them do it.

It’s a French term that was originally about how to handle the economy.

At its root, it’s about the government not interfering with the economy, just let it go, how it’s going to go. Don’t interfere. People in leadership studies took the sentiment and imported the term to describe the hands-off leadership style.

These leaders, back off and give followers lots of room, and space, and autonomy to make their own decisions and solve their own problems. Ronald Reagan, American president was often mentioned as a classic laissez-faire leader.

“Surround yourself with the best people you can find, “delegate authority and don’t interfere “as long as the policy, you’ve decided upon “is being carried out.”Ronald Reagan

In other words, let them do it.

Because of this, some critics call this style a zero-leadership style. In other words, some people say, it’s not really leadership at all, but I think there’s more to this as we will see. To make it more concrete some examples of laissez-faire leadership on TV and movies would be Ron Swanson from “Parks and Rec.” He’s a classic hands-off leader.

He even says he has a libertarian philosophy which is about less government. Michael Scott from “The Office,” he at least has got some aspects of his style in this by giving people space to work or not work as the case may be. But my favorite example is Frigga. She’s Thor’s mother in the Marvel Universe. But you know as I was looking into this, I noticed that there aren’t a lot of clear-cut examples of the laissez-faire leadership style in TVs and in movies, and I think it’s because it’s a hands-off style.

So on screen it doesn’t look like much is happening.

It doesn’t translate to the viewer as leadership behaviors when you’re looking at it – it’s not obvious like that. But you see a positive example in Frigga. So, Thor’s mother and we’ll have a little science fiction moment here. She’s the queen of Asgard, but she doesn’t have a top-down style even though she’s a queen.

In most instances she stays out of the day-to-day operations of Asgard.

She’s not about pushing her authority, but she does have authority. She just comes in at key moments for example to nudge Thor, or to counsel the king, or to encourage Loki. People come to her for guidance, and she helps them figure it out without telling them what to do. She’s a bit hands-off, but these examples give you a taste of what it looks like in daily life.

Compared to autocratic leaders and democratic styles, the laissez-faire leader will give some overall directions and deadlines and goals and resources, but they will then encourage you to do it on your own. They will have fewer meetings.

They’re less likely to check in on you for progress updates, and they’re not going to observe you or watch you very much. It’s a philosophy of non-interference. So, when they do interact with you, they are more likely to listen and give some general advice and not as likely to micromanage you.

They’re not going to tell you how to do it. And this is because they have a lot of trust in their people. If you come to them for advice in fact, they might tell you what they would do personally, but ultimately they expect that you’ll take that conversation, and go make your own decisions. And it can be a very empowering style in this way. Followers feel freedom, agency and responsibility for their project.

And that’s really the whole key. Laissez-faire leaders believe that their followers are at their best and are most motivated by autonomy. Followers will do great if you just let them do it.

So let’s begin to look at whether or not this is effective. Many followers prefer this style compared to working with autocratic leaders.

In Lewin’s study, 70% of participants preferred the laissez-faire style of leadership. Only 30% preferred autocratic leaders, and in practice some successful leaders use this style. Warren Buffett is currently the fourth wealthiest person in the world. He runs Berkshire Hathaway, and he’s a laissez-faire leader. And he’s famous for only scheduling about three or four meetings per month.

So he’s not watching people very closely, but he can do this because he has a key feature in common with most effective laissez-faire leaders, and it’s a feature that Ronald Reagan mentioned. The best case scenario is that these leaders surround themselves with the very best people they can possibly find.

If you’re only dealing with followers who are the smartest, most educated, self-motivated and competent people, then you really don’t need to supervise them very closely. They know how to do it. They’re excited to do it.

So, giving them space to do their work makes sense. But this style is not generally effective. There are lots of studies that say this amount of freedom, can cause stress for followers. In fact, in Lewin’s original study some participants preferred working under autocratic leaders. These participants said about their laissez-faire leaders, “He had too few things for us to do,” and “He let us figure things out too much.”

But they were still all effective to some degree.

So yes, leadership in the laissez-faire style can be effective, but it may not be the most effective in most situations. Let’s clarify a few misunderstandings about this style. In the real world, no effective leaders are completely hands-off, that’s really not leadership. No leader can avoid accountability. The leader is still on the hook for results.

So laissez-faire leaders still expect results from their followers. At minimum, they establish goals, milestones and provide resources to help their followers move forward.

Laissez-Faire Is Not Laziness

What makes them different from the other styles, is they leave almost all of the day-to-day execution, up to their followers. Another point of clarification is that this style sometimes has a bad reputation because people make a huge mistake, and they think it means lazy, which it doesn’t. Lazy is that common word that means a person is unwilling to work hard, the words just sound similar.

But laissez-faire again which is French has an entirely different motivation. It’s about providing autonomy to your followers so they can work on their own. A summary of their pros and cons goes like this:

On the positive side and there are some positives, it works great in some situations, namely, when your followers are highly motivated, skilled and educated. If you’re leading high-end, engineers, doctors, lawyers, professors, and other topflight professionals then it can work really well.

It can work well in creative industries where people are driven. In these situations, the laissez-faire leadership style can be very satisfying for followers. It can be very motivating because followers can lead a more creative life and, in the workplace, and think of solutions that the leader might not think of.

It also requires less top-down pressure and direct supervision, so it frees the leader to think about the bigger goals of the organization.

On the negative side, it only works well in specific situations.

So, the big criticism is that it results in low productivity in most cases. For in many situations, followers do not use the autonomy, mainly as a way to be more productive. It’s not useful when competence and motivation are low.

Ambiguity is another big problem; followers can get really stressed out when they’re confused and lack direction. And the laissez-faire style is not going to help much in that case.

It also involves other risks.

If your followers are not doing a good job, it might be that a hands-off approach doesn’t help you notice the problem. It can also create more rooms for undesirable activities like bullying or conflict that you don’t notice. Some people will take advantage of this freedom and autonomy in other words to do things other than working hard. In some of the laissez-faire leadership style can work in an ideal situation.

But when real problems do come up leaders should really adapt to the situation and take a more hands-on approach when needed.

This site uses Akismet to reduce spam. Learn how your comment data is processed. 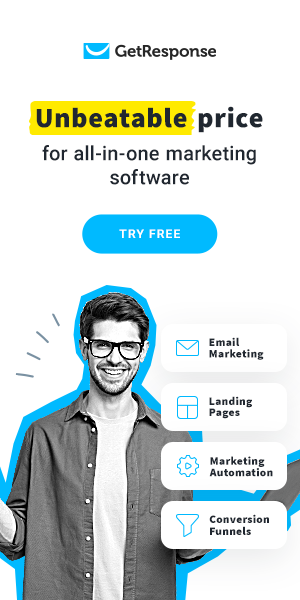